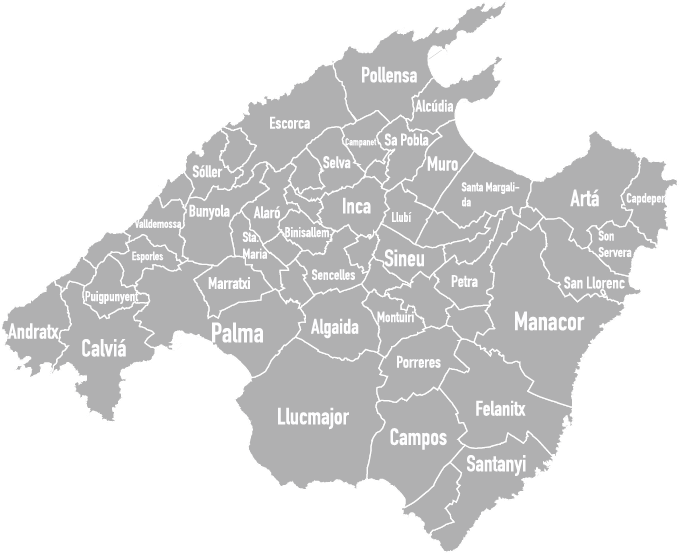 Alcudia is located in the northeast of the Balearic Island Majorca. The town is situated in the middle of the same called municipality between the bays and Badia Pollenca and Badia Alcudia. It is the oldest town on the island. The touristy port Port d&#39;Alcudia is located in the south of the city. The historic city centre of Alcudia lies on a mountain saddle between the Bay of Pollensa and the Bay of Alcudia. Who passed the place comes directly to the medieval city walls and to the Renaissance walls. The center of Alcudia is extremely attractive. In the pedestrian zone and at the Placa Charles you can take a seat in one of the pavement cafes. Every Tuesday and Thursday is market day. The church of Sant Jaume combines Gothic and Baroque designs and impress with plenty of gold and silver ornaments. The library of the town, which is placed in a mansion from the 14th Century, is one of the most modern in the Balearic Islands. Excavations of a Roman villa and outlying ruins of an amphitheater tell the story of Alcudia. A nostalgic bullfighting arena is still the scene of harmless fights with young bulls. In the summer time will be hold music events at this place. Artificial caves, such as the Cova de Murada, served as burial place and can be visited today. Alcudia is a popular water sports area. A 25 km long sandy beach stretches along the bay and offers many possibilities. Due to the marina is the coastline popular for sailors. Because of the vast mountainous landscape Alcudia also offers walkers and cyclists plenty of varieties.Near Alcudia exists the Peninsula Victoria. A part of the peninsula is not open to the public because this is in the hands of the Spanish soldiers and their officers, who have many private villas on the peninsula.